Oh, Captain, Captain Your Ship is in Distress....

Catholic Parish of the Luebeck Martyrs 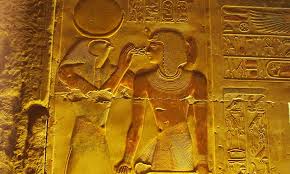 Please let the German-language letter be translated in many languages and be handed over to the right places.

Let us seek the Way of Jesus Christ together as God's People in the Luebeck area!

It was with a sense of incomprehension that I received your circular and I would like to make it quite clear to you and others that the Catholic Church as well as the Protestant Church have more than enough money and more than enough resources at their disposal.

That you and others as the commissioners of the institution of the Church need money for your really good projects and for the respective preservation of the welfare of the congregation and that for years already, I do not want to deny that to you, but and now the worst is yet to come:

How can it be that the Catholic Church alone hoards and hoards its riches, which are demonstrably in the triple-digit billions*, to the point of going public? !

These funds are preferably invested in real estate and companies of the Church as one of the largest employers, so that these funds are difficult to see and access or can only be made liquid with difficulty in case of urgent need; but strictly speaking, this is what the Christian pays the Church taxes for and not so that the financial geniuses or bishops or cardinals* of the Church can pin more trophies on themselves!

And you, as the "doers on-site", watch how the two big churches enrich themselves, but obviously take on your heavy crrosses as a kind of martyr by now having to ask for further monetary donations.

But also precisely because of this, many other people will then have to bear a cross that is far too heavy, as the path to Jesus Christ will become increasingly difficult to access and find!

It can no longer be accepted and tolerated that you as the "movers and shakers on the ground" watch the two large so-called Christian churches shake hands with each other and that church tax money continues to be misappropriated, which has already been the case for decades and thus the accumulation of wealth must have become quite considerable!

At the same time, however, many, many people have starved to death or are no longer alive for other trivial reasons, because the churches have "to banked on" for example  "Bread for the World, Misereor, Adveniat" and so on and so forth and have always hoped for "good luck" to have saved the lives of as many people as possible.

That's a lot of money to spend on events to publicise the faith by investing, strictly speaking, in entertainment and tourism, so that in the end even more taxpayers can be attracted and bound to the church.

But 250 million euros is only a trifle in contrast to the payment made by the Christian-minded CDU/CSU federal government to the country of Israel.

This is the amount of 750 million euros. 750.000.000 Euro " ( *750 billion" *incorrect in the letter" ) for a share of a submarine fleet* with the justification of the historical German-Israeli background.

At the same time, however, one million Rohingya refugees are threatened by hunger and cold because of their religious affiliation, with about half of the persecuted people being children who were subject to this "ethnic cleansing" in Myanmar.

The FRG's response for the aid needed by the 1 million persecuted people was that they had already provided 5 million euros for the refugees this summer.

And now you and others are probably asking yourselves what exactly you as contact persons should have to do with this, because after all it is only about a donation for your communities.

I will now write to you what you, as the "doers on-site", have to do with it.

Either you have the big C in the CDU and the CSU deleted from the wording of the parties' names or you make sure that the definition Christian or Christianly respectively finds its way back to its actual* origin.

You and others can only make this and much more credible if your Church itself takes on the role model function for the Christian life, in that the two large Churches redistribute people's tax money to people according to need, so that the result cannot and will not be a poor Church, but a truly rich Church, which can, for example, bring "confused politicians and bishops or cardinals* ", who are listed by name, back onto the path that always has a goal and an end!

Thus and not otherwise I remain with,

But now it is high time to use the talents and gifts of the individual correctly in order to achieve much for the future also of your parishes.

Unfortunately, I am forced to include this letter in one of my homepages, because time is short!

Unicef Report: More than half of Rohingya refugees are children

More than half a million Rohingya have fled to Bangladesh from the violence in Burma, many of them children. They also live in inhumane conditions in camps in the neighbouring country. More...